The secrets of the old school 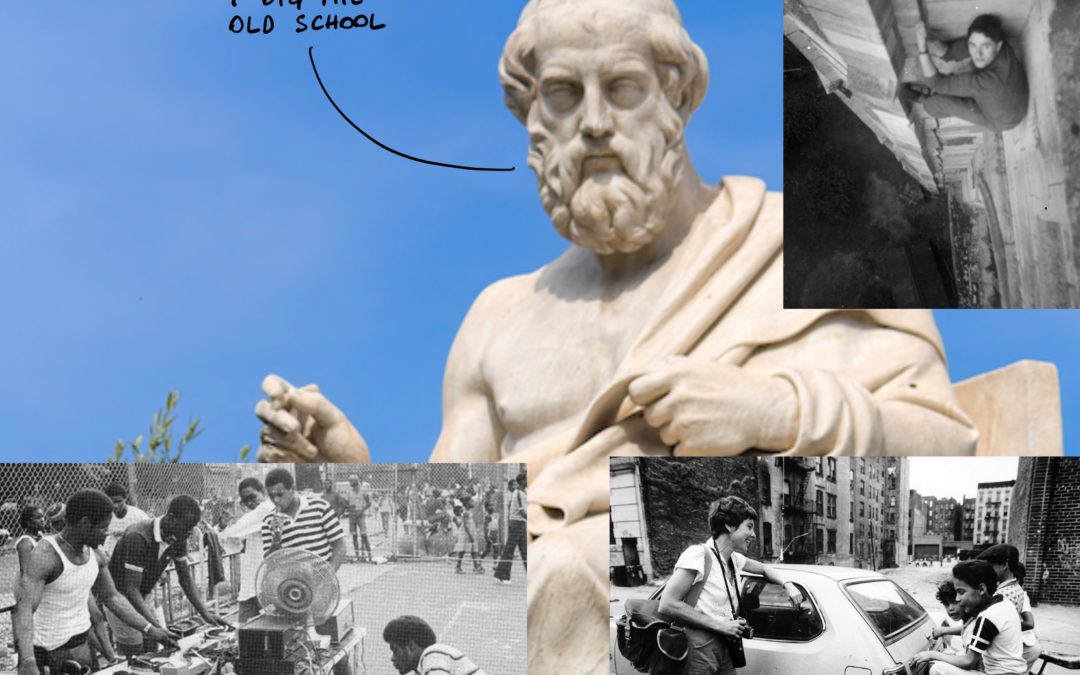 When I first heard the saying “old school, best school”, I was a teenager. I immediately thought it was a boring motto of some traditionalists that were too attached to what had been to move onward and seek evolution. Well, I was wrong. Take hip-hop for example, go listen to DJ Kool Herc, Africa Bambaataa, Grandmaster Flash then compare it to today’s Gibberish mumbling horse shit. Come on, something has changed, it is as clear as the sky.

Over time I started to see trends, to observe what those people did different, what was so special and exceptional in them that were not present in the “weak schools” or all questionable trends. And I could see the same entities reoccur over and over again through history.

Here are some of the core points:

Don’t be a slacker. If you say you are something, be that something completely. Embody that with your whole being. Be out there. Your practice should take up most of your time. Give your presence where presence is due. Entrepreneurs are going to be busy evolving, musicians are going to sleep on their instruments, climbers better be in the mountains.

Resolve, uncover, produce – get out and read the written pages or take out a pen and draw on the white canvas.

This seems common knowledge, however, it doesn’t seem to be the case nowadays. Everyone is living scattered lives. Made of everything …made of nothing.

Check out this classic reportage on early the early parkour days.

It’s a documentary of what was being done, of who those people were, and how they were putting in the hours in their craft.

How do you start building something extremely big? Strongly grounded. Think of words as the decorations of your building, consider your experiences as strong foundations.

Actions are real, words are futile. With words you can charm, tell, simulate. Actions speak by themselves. Example: X talks like an adventurer and disguises herself as such, but she still lives in the city where she was born.

Then, what are those words for?

They have no power and produce no magic; they are nothing but meaningless vibrations in the fine air.

Words were used to organize recollections and as means to carry messages. They were deeply linked to direct occurrences. Nowadays they are being used as substitutes for living. It’s a twisted approach, and will only bring to dark ages, fake people, shallow knowledge.

The mothers and the fathers of the most flourishing disciplines started from scratch, and they built the finest palaces starting from garbage. This points to only one direction, all those things you “feel” are so important (technicalities, equipment, optimization), are actually secondary.

Have a look at this documentary on Yosemite’s climbers;

In a few generations they went from reaching the summit in two years with full gear, to performing the same feat in a few hours. They didn’t “listen” to any advice, they just did their thing, and dreamt themselves into who they wanted to be.

Now imagine the same people discussing in a room about the probabilities of performing the feat, instead of actually doing the work… I put my finger on it, it would have been impossible.

By Glaucus’ words to Diomedes: focus on excellence. Through self-knowledge and the endless strife for perfection in your craft.

On one hand, there should be a meticulous care for what is the right thing to do. With calculated intention, and a clear mind.

See here Kurosawa’s care for details, for building a scene, using the elements, using the movement of the camera and so on, in nowadays cinematography this approach is mainly absent.

On the other hand, things must be done from the guts, the heart and the spirit. Full on. With strong intention, both as individuals and as part of groups.

Dive into this old school clip of Yoyo, Mc Lyte, Naughty by Nature, Guru, Das EFX Wu-Tang Clan – check out the energy, the drive. They were hip hop, not only in the physical body, but in all the facets of their being:

A word of advice

Careful not to over glorify the past. It’s easy to get stuck thinking about the golden ages, time travel and remain there forever. At the same time, enough with looking for the best shoes, being obsessed on training optimisation without being able to do 20 pull ups and talking your life away.

It is not about the old or the new. Times and people change, but some attitudes stay evergreen.

Keep it real, prioritize your experiences, focus on excellence.