The game of progress: Understanding the role of mistakes 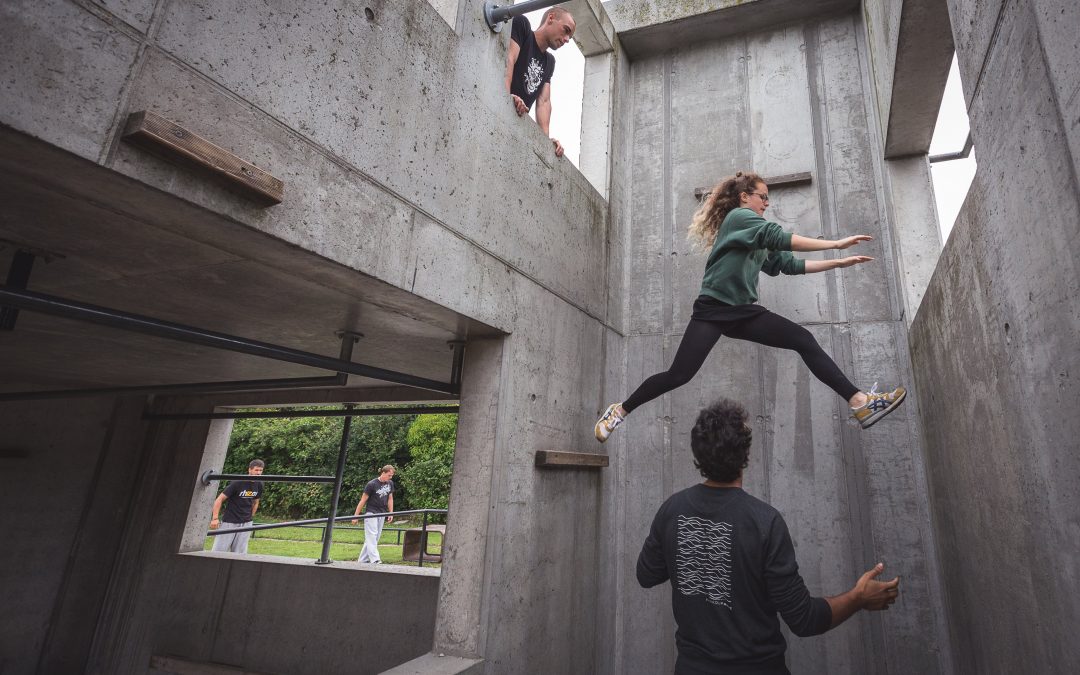 “Failure is the key to Success” or “Failure is Success in progress” are just a couple of the many suggestions that pop up in the google search tab if you type in the word “failure”.

In a society in which success is measured depending on the number of trophies you collect and the goals you manage to achieve, it is hard not to drown.

Yet, after 6000 laps around the sun – which is approximately when the start of human civilization has been dated –, we let our failures define our self-worth.

Apparently, what you’re not told is the most obvious thing: it is hard to reach anything without failing a hundred, a million times. Simply put, something must go wrong, before you can actually make it right. “Expertise” isn’t the right word, but it’s the first word that comes to mind1.

Just imagine what it takes to learn a muscle up on a bar; to successfully juggle five balls; stick precision jumps on a rail or even just get to a bodyweight snatch with a good technique. If you have ever tried performing something like this, you know for sure it takes loads of mistakes before getting used to the movement, to the pattern, to the exercise. You may be able to perform them in a first lucky try, but this is not what I am talking about.

Some athletes asked me once: is it enough to make mistakes over and over again to progress? They were referring to a perception of constantly failing in what they were doing. My answer was: “Certainly not. Something must change, execution after execution, leaving space for the firm establishment of a progression”. It’s not about the mistakes alone, it is about what you do to straighten the route. The small changes. As a matter of this fact, trying to raise a boiling hot pot from the fire a hundred times with your bare hands, will simply lead to a severe burn. You’ll have everything, but a solution.

So, the real question is: how can we get better and improve, using failure as a tool instead of as a limitation?

First of all, we need to unclothe our minds from useless complications and break down the first scenario.

Here are the ingredients for your magic recipe to “getting things done”:

Nothing fancy, only a logical acquisition of knowledge.

To make this process work effectively, the underpinning evidence of a mistake needs to be spotted and sorted out immediately before repeating the task. Once the miscalculation is identified by the central (CNS) and the peripheral nervous system (PNS), the body is capable of digesting the information, making sure the same problem won’t happen again. Later on, a different strategy can be tested to see if it may be more suitable for the situation.

This concept alone is capable of triggering a massive difference in the way in which failure is approached. The environment only presents the raw information: a world of endless opportunities. However, it’s up to each individual to catch, understand, process and absorb them. I call it a “process of discrimination”.

That means being able to distinguish the background noise and the inferences from what is crucial for the practice development.

Many psychological experiments are based on this: it’s called target and distractor processing2. Another great example is the following: “I want you to focus and try NOT to think of a white bear” and there you go.. you’re thinking of one3. You couldn’t help it.

Just ”trying” to implement a new algorithm is not enough. Even though the same result can be achieved via a different strategy, the new technique should at least resemble as much as possible that of the correct execution.

Now, picture an athlete (for example the same individual defined “X” above) attempting a Clean and Jerk. Twice. On the first try, “X” may miss the catch in a Jerk as a result of projecting the barbell too forward instead of upwards.

During the second try, “X” is capable of re-calculating the trajectory based on the previous mistake. In order to correctly execute the catch, an upward straight line needs to be traced; , but not too much, in order to prevent damaging the jaw.

This concept was theorized back in 1968 when Welford proposed his “Information Processing Theory”4. Since then, 50 years have passed and science surely kept evolving. Blindly believing in Welford’s ideas right now would be like comparing the complexity of a whole human being 5, to this useless machine.

The reality is that humans are complicated creatures that are capable of intertwining many different inputs to act and learn.

In the previous analysis, we failed to consider all the factors that make us the most evolved and intelligent species on Earth. Motivation, metacognition, attribution, self-efficacy, commitment intention are only one of those.

The constant interchange of data in a system is created by the interaction between “ an action and a perception”7. This is only possible if the interaction with different elements in the space (affordances) is perceived8, and the actions are consistently readjusted based on the “constraints” of the situation9.

Basically, when talking about skill acquisition and motor control, we need to become better in the act of solving new problems, in the fastest way possible. Thus, looking deep into the situation and the environment, rather than focusing on learning a single pattern by trial and error, without paying the “right” attention.

Learning a new skill also means producing a solution to a certain problem.

The capacity of being able to generate those solutions is what can be transferred, not the skills. For example: kicking a ball, might transfer into kicking a (a feather ball). This not because the pattern is similar but because the motor learning process placed in the act of solving the problem and the situations can be recalled. In the theories of transfer, these processes are usually referred to as hugging (a comparison between a past experience into a similar one in the present) and bridging (hypothesizing a strategy from a previously learned one)10.

Similar tasks, contexts, affordances, problems, constraints, muscles’ activation and coordination in the body are all needed to begin the transfer process. This has relevant implications when setting scenarios for learning. Therefore, coaches should consider this, building complicated and interesting problems for their students and guide them towards progress.

Progress is like a game and things have to be done correctly in order to win the match. Failing is an essential part of this process, but it must be done right: as a conscious act of discriminating the important elements from the less relevant ones.

Moreover, learning something new is not as simple as the capacity to process a feedback loop, due to the complexity of our minds. The image that more closely resembles it is that of actively solving a problem. As a consequence, the more intricate the motor problems, the faster a practitioner will become at getting better in a similar field through transfer.

Therefore, the best movers out there are those who can solve an infinite variety of problems in the quickest and more efficient ways.

7. Bernštejn, N., & Latash, M. On dexterity and its development