No reasons to practice 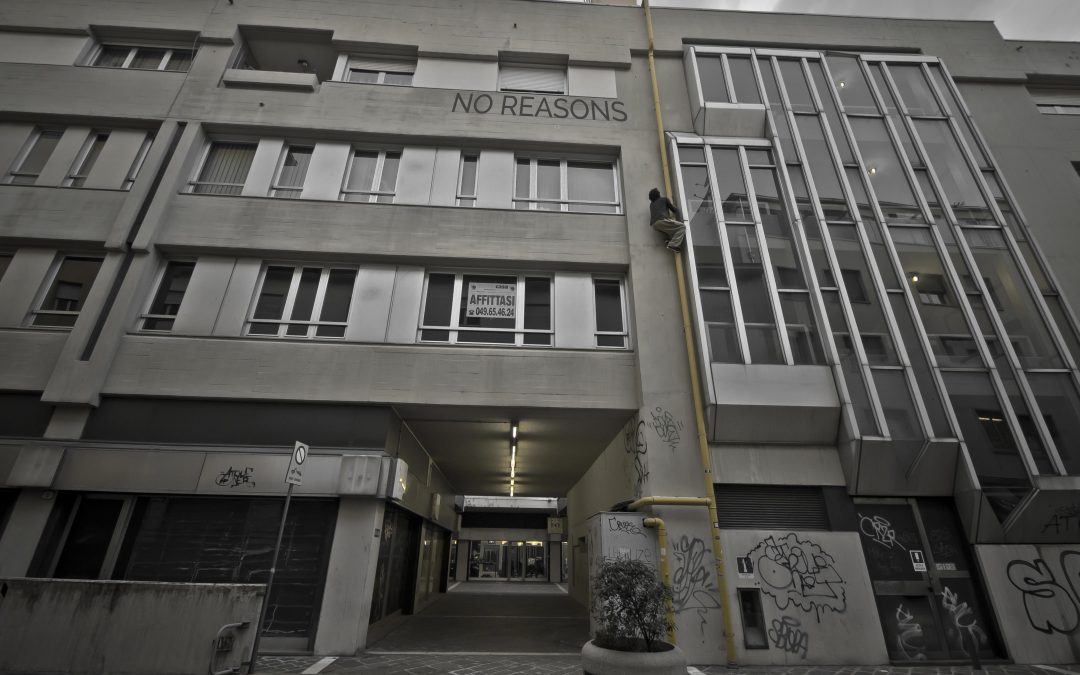 “Do not play video games!” said the old doctor to the kid “You’ll never be able to conclude anything in your life, do something useful”. 15 years forward and the kid is a billionaire, having started a business based on his gaming.

A MMA fighter trains to be ready to defend his loved ones in case of a street fight. On a summer night, that moment comes but the stress of the situation and the close banging of a gun paralyse him with terror, making the use of his well-developed skills impossible.

Miss. Prepper builds the best bunker in the world, filled with all the necessities for healthy living (food, water, beds, even a small garden!). Meanwhile, the clock keeps running and a different future arises: she has to face communication problems with her husband. She’ll eventually divorce because she was too busy to prepare for the wrong scenarios and now she can’t deal with a harsh and unexpected reality.

If you managed to live past your first months or even days in this world, you have realised that at some point: predictability is no precise science. You bake the cake, put in all your love, open the oven and realise a black piece of charcoal is waiting for you instead of an angelical composition. You build up the perfect plan and then things do not go as expected.

Having said so, many people base their training on the idea that they can reduce the black swans from occurring. That is, getting stronger, readier, more adaptable. Fair enough, this suddenly provides the practice with a scope, a “reason to be”, and therefore it becomes meaningful.

Others might choose to train for the sake of getting a better body composition; some would choose to learn how to dance with their partners to enjoy the pleasures of the night.

Call it a human bias, an inclination or a necessity: humans are constantly looking for reasons. This is probably one of the most primitive embodied drives for doing things. A morbid curiosity, that like an itch that never stops will hunt you until it’s gone.

It goes from the micro-elements present in our life (like understanding the function of a bedbug), all the way to expanding into the meaning of life.

This phenomenon can be associated both with the desire of pursuing an investigation for its own sake, but also to that of understanding how to spend time in the most fruitful manner.

The bright side is that this search can help to discover the motives behind what we do: it can bring empowerment, increasing both the levels of motivation and self-fulfilment.

The side effect of this incessant questioning is that it can become somewhat of a fixation and a principle to embrace, risking to become a limitation or an excuse for wars and conflicts. Just recall all religious, economic or political fights: neverending and draining.

If we narrow it down to our physicality things don’t change: a validation seems necessary.

I myself have been building a list of things that I want out of my practice. I want it to open options for me, to keep myself curious, deepen my understanding and push my boundaries. I want it to allow me to live more authentic experiences and ultimately fill me with gratitude for being on this Earth.

However, still, if our personal pre-set of criteria (aesthetics, fitness, functionality etc.) are not met, our practice becomes “wrong” or “meaningless”.

Now you see, what at first looked like opportunities for development, now become horses’ blinkers that enhance a single vision to erase the bigger picture.

Those who train for functionality will see in the movement of a dancer a useless mix of gestures; the bodybuilder will see in learning how to climb on top of a wall, something that is completely out of reach or needs. The climber will think that running a marathon is something tiring and avoidable.  A swimmer will go home with a car because …who cares about my body when I am not in the water!

Then why we inherently can’t conceive that it is enough to be able to do something to validate it?

Because things can be done in several different ways!

One can draw without understanding and cook without interest. Or a universe can be opened on every single matter. We have all seen the eyes of those who “were not there” while they were there.

It then appears obvious, that rather than on the reasons why we do things, the focus should be placed on the attention and the understanding, the precision of the gestures and the inherent features of each and every act.

I’ll finish this article with a short story titled “the perfect cut of the peony flower”. This story accurately depicts a world of details that is hidden to the most, but that within practitioners is very clear and recognisable. It’s like a secret society with no walls nor doors, that can only be entered out of deliberate work on the field. This is what I am after, not “reasons” to validate what I do.

“Sekishusai was a master of the sword who had fought in the wars of the Sengoku period for decades and had retired to polish his skills further. He had impressed the Tokugawa clan enough, and his sons and grandsons served the new Shogun as warriors and instructors, but Sekishusai himself had essentially retired.  He had nothing more to prove to the outside world, so he ignored most challenge requests.

That day that Musashi came to the inn, a servant from Sekishusai came to deliver a note and a box to Yoshioka. She apologized to Yoshioka stating that her master would not be meeting him for a duel as he was ill with a cold.  As a token of his sincerity, she presented to him the box, in which was a single peony flower. She had been ordered to make sure that Yoshioka received it.

Yoshioka took a glance at the and laughed.  He picked it out of the box and flung it to the ground in the inn’s garden.  He then sent the servant on her way telling her that Sekishusai was an old has-been, a feeble-minded coward whose skill clearly wasn’t up to snuff.  He then went out with his entourage to drink and celebrate his “victory” over the headmaster of the Yagyu Shinkage Ryu school of swordsmanship.

Now Musashi had overheard everything.  After all, he himself had come to the city to try his sword against Sekishusai. Once Yoshioka was gone, Musashi went into the garden and picked up the flower that Yoshioka had so carelessly tossed away.

At first, there was nothing special about the flower that Musashi could see. But after another look, Musashi suddenly noticed something that his keen eyes, honed with years of training and battle, perceived as particular.  It was at the cut end of the flower. It had not been cut with scissors used for flower arrangement, which is what one would’ve expected.

It had been cut with a sword.

It was, indeed, a perfect cut.  A cut of supreme precision that only a great master with immense skill could’ve made.

Musashi realized that Yagyu Sekishusai Munetoshi was not a “feeble-minded coward” or an “old has-been” as Yoshioka had so arrogantly declared.  He was, in fact, still a formidable warrior, one that Musashi would dearly love to test himself against or learn from. So he took out his sword, made a similar cut at the end of the stem, and had it sent to the Yagyu school as his calling card. (1)”.

Have a good journey everyone,