A boxed life – obstacles to an active physical existence 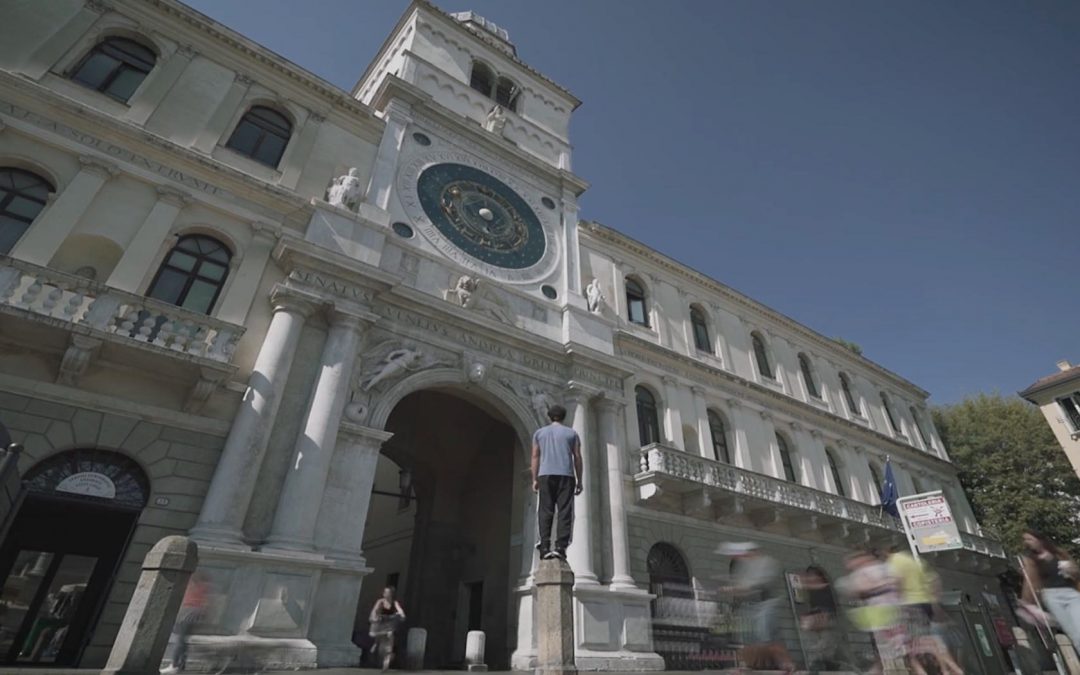 Andrea’s routine: it’s 07.00. Puts off the alarm with a sloppy arm. Time to wake up. She carries herself to the toilet with half-closed eyes before looking at her phone: 30 minutes of passive staring at things she doesn’t really care about before the mechanism of choice triggers in her.

It’s 07.30 when she stands up from the toilet placing her free arm on her legs, dead, out of the long immobility. She drinks a coffee and brushes her teeth before getting out of the apartment.

After having boringly walked her heavy body towards the elevator, she repeated the same number of grey steps to reach her car. She drove to work, hoping that the hands of her clock will move faster than yesterday.
For lunch: same place every day, eating something that she knows it’s unhealthy, but she’ll fix it next week. Then, back to work until 5 pm.

It’s Tuesday, one of the two days in which she has the opportunity to go to the gym. Damn. Well, it is what it is, let’s do this other fatigue, she thinks, anyway my life is fatigue and suffering.

She briefly touches the soil of her house to take everything she needs to go to the gym. Once Andrea gets there she changes into the newest Naiky sporting wear and proceeds into the main hall just saying a brief hello to the bored guy at the reception. She picks her schedule and jumps on top of the treadmill. Damn, 20 minutes of running, and she is not even seeing too much progress, well, she’ll think about this next week, now she is definitely too stressed to take care of it. Fortunately, on the big screens, there’s the newest episode of Fell Chicken. RamSemen for that, now this will make a big difference.

She gets off the roulading apparatus, she pulls and pushes a couple of machines, feels a bit of pump in the glutes and she is off. After a quick shower she is wondering what to do, so she remembers of Alina’s invitation to drink something in the center of the city. Why not, she goes and drinks a couple of Mojitos to then smoke a cigarette with friends. I mean she doesn’t really like it, but what else can she do, everyone around her does it – poor girl.

Done so, she goes back home, has a quick takeaway dinner to then watch a movie. It’s 01.30 when she enters her bed. Damn it’s late. It’s not before the clock touches the 02.00 than her eyes shut.

Well, what was the point of this?

Andrea has a really bad disease; she has what I call a “boxed life”. In pills, a life that became completely detached from development and discovery; a life in which you know exactly what tomorrow will bring. The routine that she has built up during the years is so strong that she can easily act like a robot and let her shallow-self live it for her.
She doesn’t need to solve many problems as they are already being solved by the strategy she laid out for herself:

– Her job? Her boss will take care of it, she only needs to keep her head down and do exactly what is commanded.
– Her interests? The TV will take care of it.
– Her scope? Her parents said she must become a secretary and that is what happened.
– Her friends? They keep changing, they are the ones that come and go from place to place.

The same goes with her body development. Her trainer will take care of it. Right?

I deeply disagree with this behavior, and I believe this is the root of a profound long-term depression.

It could be worst for sure, she could also have a boyfriend/girlfriend she doesn’t want to stay with. Fortunately, she did not get to that stage, YET.

Responsibility is out of the door, she doesn’t live her own life. Successes and failures are on someone else’s head. The level of risks she takes is critically low, and the chaos and unknown she faces are non-existent.

She is a spectator, not a participant for her OWN life.

Her capacity to then act, when needed, disappears like a bubble of soap. She becomes a serial procrastinator that will only wake up when dead or other serious events will eventually wake her up from the life-coma.

Where is the adventure? Where is the exploration? Where is play? It is lost, into childhood memories and slowly fading at an increasingly fast rate.

Your body: a shell to abuse or a creature to use? The obstacles to engaging in a mature physical practice.

Imagine a world where people go out buildering the city, balance on rails on the way back from work, living an active life. A world where people would stay curious and ready to face authentic experiences. What an incredible place to be. Everyone would act with purpose, engaging in all sort of physical activities, rather than living a grey polluted life, both for the environment and for the body.

When taking care of a physical practice, there is a difference when using the body as a passive instrument or as a tool that can reshape us.

But what are the obstacles to engagement than? Let’s see some.

– Conformism: doing what others do, without critical thinking, questions or doubts. Why the car rather than the bike? Why a teacher rather than another? Why a supermarket rather than the farmer? Why a fitness approach rather than a movement perspective? Why the local gym rather than one that is 50 km away?
The most informed and better choices never come easy, but the effect that they can have on anyone’s life is just huge.

– Laziness: as lack of decision making, the perception of not being able to do things. The procrastination. The fluctuation into a comfortable state of existence. Why are you doing nothing? Do you have a solid justification for your everyday ?

– Local life: as lack of travels and exploration of new places, stimuli, , and communities. Why are you staying in the same place all your life? Do you know what is out there?

– De-responsibilization: The act of giving justification for what we do to someone else. Who is responsible for what you do? Why do you act as you act? Do you feel like you chose to be where you are or someone else (or something else) made the choice for you?

– Detachment: Living a plain existence, completely far from the physicality. The development of a body of any kind. A life that is lacking voluntary risks taking and personal development. How many times do you expose yourself to your weaknesses and fears?

– Poor Visualization: In terms of perceived options. how do we use what we have? How many things are available already?

Certainly, being aware of them it is already a starting point, but it is not enough. How can we move from there into creating actual solutions to these problems that can filter inside us and be understood? Next week I’ll post some antidotes to these venoms.

Stay on board and hold on tight – we are getting into the storm,
Marcello.